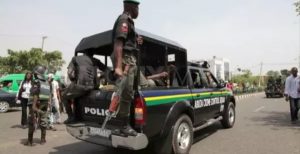 The Oyo State police command has debunked rumours of killings of some prominent persons in Ibadan, the state capital.

The news had been making rounds on the social media on Sunday, sequel to the killing of the deceased Oyo lawmaker and senatorial candidate of the Action Democratic Party (ADP), Temitope Olatoye.

He was rushed to the University College Hospital UCH where he later died.

Sequel to that, there had been stories on social media that the mother of popular fuji musician, Taye Currency, was shot dead.

Also, the wife of former Senate Leader, Teslim Folarin was also shot dead, among other stories.

However, the police in a press statement, said there was no truth in the stories making the rounds.

“I wish to inform the entire good people of Oyo state that my attention was drawn by critical stakeholders and AIG Zone 11 Osogbo to the spate of unsubstantiated stories of alleged killings published in the social media today march 10 which is alarming.

”These stories, I can inform in its entirely are false, planted by mischievous persons to deliberately cause disaffection and tension in the state,” he said.

Mr Olukolu appealed to people of the state to be calm.

He urged the people of the state to go about their lawful duties without fear and intimidation.

He also made an appeal to the media and ‘critical stakeholders’ to always endeavour to cross check their stories or reports before publication.

On the death of the lawmaker, the commissioner had earlier said the command is working with other security agencies to arrest his killers.

He said a deputy commissioner of police is heading the investigations.