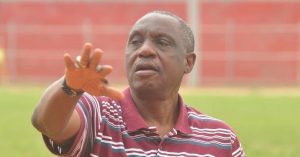 Until his death, Ogunjobi was the chairman of Osun State Football Association.

The football administrator passed on after failing to recover from an undisclosed illness.

According to his Personal Assistant , Tunde Shamsudeen, Ogunjobi had complained of body pains last week, and went to the University College Hospital, UCH, Ibadan for a check-up.

He said, “We were together in Ilesa (Osun State) on Thursday for Ijesha Golden Warriors’ 50th anniversary. But on Saturday he called and asked me to represent him at the Osun Sports Writers Association of Nigeria awards night, saying he wasn’t feeling too fine. He then went to UCH for a check-up and I learnt he was admitted on bed rest.

“But I was shocked this morning when his driver called to tell me that he had died. He was aged 65 and is survived by a wife and five children, three boys and two girls.”