Funke Fowler, the daughter of the Federal Inland Revenue boss and former Lagos tax Czar, Tunde Fowler, has found love with Aigbovbioise Aig-Imoukhuede who is the Executive Director at Coronation Bank and would tomorrow, be officially known as Mrs. Funke Aig-Imokhuede. 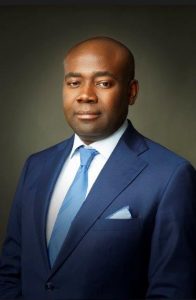 Aigbovbioise Aig-Imoukhuede who is the younger brother to Aigboje Aig-Imoukhuede, ex-Access Bank MD/CEO, now Chairman of Coronation Securities had already been tagged as the “perennial bachelor” since he is in his 40s and it was like he was never going to marry at all.

However, to the absolute shock of all, he has finally, once and for all decided to forever discard that toga and get married to his hearthrob tomorrow, Saturday, April 13, 2019.

From all indications, the ceremony is going to be a very hush-hush. This could be related to the fact that it would be Funke’s second wedding.

Although it would be Aig’s first wedding, Funke got married to her ex, Abbey Kuku some years back.

Like the world famous award winning singing trio Shalamar sang many years back, this is the 2nd time around…She’s learnt now by the experience of the 1st one that went south, and all that experience must now count for something in this one.