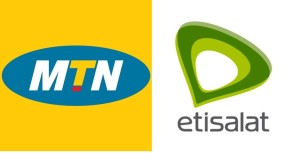 MTN has emerged the most used line by online surfers in the country as the teleco giant gained a tremendous 850,285 internet subscribers in November 2019, data released by the Nigerian Communication Commission (NCC) has revealed.

closely followed by MTN, in the war to outsmart rivals in the telecommunication industry for a superior data market share and bring more subscribers to its fold in Nigeria, is Airtel who lost out to MTN for the first time in five months.

According to data released by the commission, 1.88 million internet subscribers dumped Glo and 9mobile in November 2019 in favour of MTN and Airtel, two of Nigeria’s largest data sellers.

Airtel, which had been the leading gainers’ table in recent months, recorded another drop. Though it continues to witness additional internet subscribers on a month-on-month basis, the Telco has lost its top table rank.

In terms of market share, Airtel continues to trail MTN as the latter expands its market share. While Airtel has significantly gained subscribers this year, it has remained behind MTN in terms of total internet subscriber base.

On the other hand, Airtel’s number of subscribers rose to 49.65 million from 49.08 million recorded in the previous month.

Following the big drop recorded by both Glo and 9mobile, the number of internet subscribers across GSM networks has dropped to 122.4 million from 123.2 million recorded in the previous month.

Year-on-year, internet subscribers rose by 10.85 million since December 31, 2018, representing a growth of just