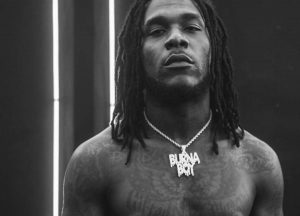 The hope of many Nigerians to see a contemporary singer from the country win the prestigious and coveted grammy award was dashed in the early hours of Monday when Afrofusion sensation, Damini Ogulu, popularly known as Burna Boy, lost out in his category to a Beninese singer-songwriter star, Angelique Kidjo, at the 2020 Grammys.

Many knew the threat that the appearance of Kidjo on the nomination list posed to Burna emergence as winner because kidjo is a force to be reckoned with when it comes an African artiste winning the grammys as she had won the award time and time again the past butthey still kept the faith while hoping for the best.

But the organiser announced kidjo the winner of the ‘Best World Music Album’ category at the the 62nd Grammy awards, held at the Staples Centre in Los Angeles, in the early hours of Monday.

Kidjo, who secured the win with her project titled ‘Celia’, while giving her appreciation speech gave a shoutout to the ‘African Giant’ crooner while making her speech.

The award ceremony started with a moment of silence for Kobe Bryant, popular basketball star, who died in a helicopter crash on Sunday.

With the nomination, Burna Boy joins the likes of King Sunny Ade, Seun Kuti and Femi Kuti, who had been selected for that category at the Grammy Awards.

Below is the list of winners mentioned so far:

“When We All Fall Asleep, Where Do We Go?,” Billie Eilish

“Father of the Bride,” Vampire Weekend

“Ride Me Back Home,” Willie Nelson