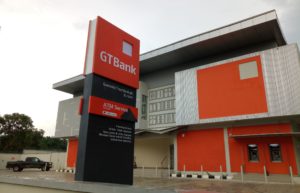 Data from four of the Tier 1 banks in Nigeria revealed that two of the biggest audit firms in the country earned N3.17 billion as audit fees for the year ended December 2019. The two big audit firms are PricewaterhouseCoopers (PWC) and KPMG.

The fees were earned by auditing the financials of Access Bank, GTBank, Zenith Bank and United Bank of Africa. Data obtained by Nairametrics research revealed that the duo audit firms increased their earnings by 12.49% year on year after earning N3.17 billion in 2019, against N2.81billion recorded in 2018. The banks under review made a combined N1.90 trillion in revenues for the period.

PWC audits all the accounts of the five top banks in Nigeria, except Zenith Bank, which is handled by KPMG. Findings revealed that while PWC earned N2.28 billion out of the N3.17 billion, KPMG got only N892 million out of the total.

In 2016, Nairametrics had reported that PWC, KPMG, E&Y, Deloitte earned N 6.4 billion as audit fees from Nigeria’s biggest companies. The fees were earned by auditing about 28 of Nigeria’s biggest firms cutting across the banking sector, consumer goods, cement and oil and gas.

According to the data obtained by Nairametrics research, the big four increased their earnings by 9% year on year after earnings about N5.78 billion in 2015. The 28 companies under review made a combined N6.2 trillion in revenues for the period thus audit fees as a percentage of revenues was 0.1% of revenues.

According to our research, PWC carted away with the most fees earnings about N2.5 billion in 2016 (2015: N2.2 billion) from auditing 7 companies on our list. KPMG was next as the audit firm earned N2 billion in 2016 a 15% increase from the 1.7 billion received as fees in 2015. The auditors also got to audit about 10 of the companies in our list.

Deloitte recorded the largest percentage increase in earning after income rose by 30% to N530.2 million compared to N406 million earned a year earlier. Deloitte relied majorly on income from Dangote Cement which rose 38% year on year in the period under review. Deloitte was able to audit the financial statements of 4 of the companies in our list.