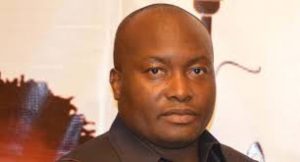 Ifeanyi Ubah has reacted to media reports that he has been removed as the senator representing Anambra south by a high court in Abuja.

Speaking in an interview with PUNCH on Friday after the news filter through to the public, Ubah said he has not been sacked as the lawmaker representing Anambra South senatorial district.

Ubah said the FCT Court only refused to set aside its earlier ruling, which had since been rendered void on the grounds of jurisdiction.

He explained that Justice Bello Kawu ruled on an application to vacate an earlier judgement of the court on the grounds of lack of jurisdiction and asked the parties to proceed to the Appeal Court.

He said, “The reports of my sacking from the Senate is not correct. I remain the substantive Senator representing Anambra South.”

0 0 0 0
Previous : Court Sacks Ifeanyi Ubah As Senator
Next : Boko Haram: I Trekked For Two Hours After Attack – Emir Of Potiskum