A female student at the University of Jos, who was kidnapped by gunmen, has regained her freedom. 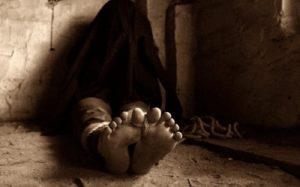 According to Punch, the 300-level Zoology student simply identified as Helen was abducted on Wednesday night by gunmen, who attacked the staff quarters of the Federal College of Land Resources Technology located at Kuru community, Jos South Local Government Area of Plateau State.

Sources from the staff quarters confirmed Helen’s release on Friday. According to them, she was picked up around the Heipang community, in the neighbouring Barkin Ladi Local Government Area of the state on Thursday night by family members after the kidnappers abandoned her in the bush.

Spokesman, Plateau State Police Command, Ubah Ogaba, also confirmed that the student had been released by her abductors.

The PPRO, however, did not state whether a ransom was paid or not to secure the release of the abductee.