Former Oyo State Governor, Senator Abiola Ajimobi has been laid to rest at his Oluyole Estate residence in Ibadan on Sunday. 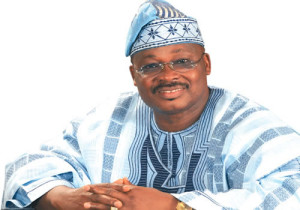 Thelagostimes gathered that the deceased was buried at 10am according to islamic rights.

A source disclosed that he was buried amid tight security as the ceremony was strictly by invitation and a close family affair only.

According to the source, the wife of the late Governor, Florence Ajimobi insisted that her late husband should be buried in their home as opposed to plans to bury him in the mosque he built.

Recall that Ajimobi died on Thursday from COVID-19 complications at the First Cardiology Hospital, Lagos.