A graduate of the Obafemi Awolowo University (OAU) has died after she was reportedly robbed and stabbed in the neck by robbers who made away with her laptop. 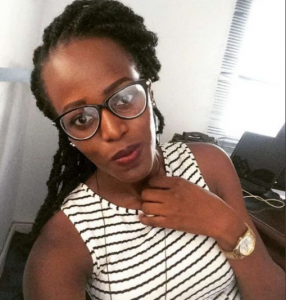 A twitter user, @tomiwale_ revealed that she was rushed to a hospital in Gbagada, Lagos, but they denied her treatment unless a police report is presented. She reportedly died before she could be treated.

The Twitter user who shared the story is now asking for justice because the hospital refused to treat the victim without a police report.

Good morning Uncle @segalink, thank you for all you are!

A hard working lady was coming from work yesterday. She got stabbed and robbed. She was helped to an hospital (I'm trying to get the name) and the hospital said she can't be treated without a police report.

Meanwhile, her sister who also took to twitter to share her grievances, is seeking justice from the government and well meaning Nigerians.

“I WANT JUSTICE FOR MY SISTER.
MORADEUN BALOGUN.
NIGERIANS DON’T FAIL ME.
JUSTICE FOR MORADEUN IS JUSTICE FOR ALL THE ONES WE HAVE LOST”, she tweeted.

I WANT JUSTICE FOR MY SISTER.
MORADEUN BALOGUN.
NIGERIANS DON’T FAIL ME.
JUSTICE FOR MORADEUN IS JUSTICE FOR ALL THE ONES WE HAVE LOST.#AngelMoradeun
If you have lost someone, please help Moradeun. #Moradeun pic.twitter.com/dD0XVPmyOq