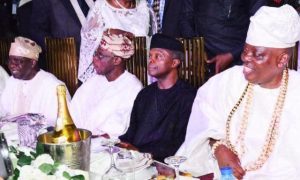 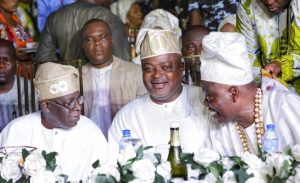 According to the New Agency of Nigeria (NAN), the guests were thrilled by renditions from different musicians, while Osinbajo and Obasanjo also stepped out with Okoya on the dance floor.

The highlight of the event was the cutting of birthday cake by the celebrator flanked by Osinbajo, Obasanjo, Tinubu among others.

The Vice President, who presided over the cutting of the cake, prayed God to grant Okoya more years in good health.

Born in Lagos on Jan. 12, 1940, Okoya is a billionaire industrialist and the Aare of Lagos.