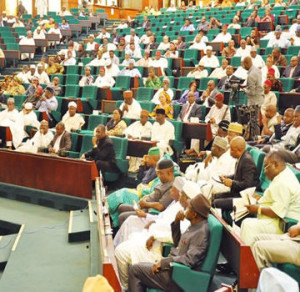 A bill seeking to give automatic employment for graduates after their National Youth Service Corps (NYSC) programme has passed first reading at the house of representatives on Wednesday.

The bill which was introduced by a member of Peoples Democratic Party (PDP), Eta Mbora, also aims to tinker with the NYSC act to allow the the military, paramilitary agencies and other special services recruit willing graduates immediately after they have completed the one-year youth service

The NYSC act, as it currently is, does not provide any employment opportunity for youth corps members after the programme.

In an interview with TheCable on Friday, the lawmaker, who represents Calabar Munincipal/Odukpani federal constituency of Cross River state, said the bill would help ameliorate the challenges of unemployment Nigeria.

He said if passed into law, it would help graduates desirous of joining the military, paramilitary agencies or special services to do so after they have completed their NYSC programme, provided they meet the agencies’ requirements.

“At the conclusion of their service year, there should be a process where the agencies will examine those interested to determine their qualifications to be employed,” he said.

“They should be able to now enrol them after the completion of service; that is for those qualified. That way, it can address the unemployment problem and job scams in Nigeria.

“Those willing to join the military and paramilitary agencies and other special services should be able to do so since they have served their country.”

Mbora added that the bill seeks to officially increase the allowance of corps members to cater to their needs.

He said although the federal government recently increased the allowance, the action is not backed by the law and will only be legal with the amendment.