There is evidence to the speculation that the gruesome rape and murder of Vera Uwaila Omozuwa was premeditated; that the men who perpetrated this evil did not accidentally happen upon the 22-year old and think: “Hey, a defenceless girl! Let’s have our way with her and snuff out her life with a fire extinguisher”. No; the act was willfully thought-out and willfully executed—which demonstrates the depths to which the shriveled human heart has fallen.

This is what Fatima Ganduje-Ajimobi is raising a racket over, and why she insists on collective participation—before the cancer of evil becomes the new normal.

Fatima Ganduje-Ajimobi, Special Adviser to the Speaker of the Federal House of Representatives on NGO and Civil Society Matters has raised alarm over the overwhelming frequency of violence and sex-related offences in the Nigerian society. Under the banner of the pitiable case of Uwa Omozuwa, Ganduje-Ajimobi has called every NGO and CSO to arms, with a mandate to nail every offender to the coffin and secure a decorous society for the nation and posterity. 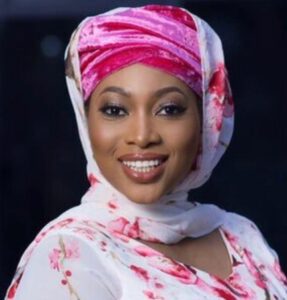 Speaking on the matter during a radio-telephone interview, Mrs. Ganduje-Ajimobi noted that the whole incident—perpetrated within a sanctum, no less—was worrisome. She stated that such happenings have been on an alarming increase lately, and the regularity is on account of lacking investigation procedures and the proper prosecution of convicted offenders.

Reckoning that the devilry of sexual violence cannot be exorcised by a single individual, Mrs. Fatima Ganduje-Ajimobi called attention to the shared duties and responsibilities of Non-Governmental Organisations and Civil Society Organisations, one of which is advocacy for human rights, and aiding the survival and recuperation of victims—in this case, victims of rape and child abuse. She therefore summoned these organisations to participate with the government in the establishment of rehabilitation centers for rape victims.

Fatima Ganduje-Ajimobi also called on the Nigerian Police to speed up investigations on Uwa Omozuwa’s case, thoroughly punish her assailants, and brandish their judgement in the face of the disturbing culture of sexual violation. Hopefully, strengthening civil laws against rapists and related miscreants will deter others from following the course of depravity and lawlessness.

Additionally, Fatima Ganduje-Ajimobi reminded all and sundry that she will continue to uphold the mantra of House of Reps Speaker, Honourable Femi Gbajabiamila: Nation Building—a Joint Task Force. This mandate is intended to support and promote statutes, bills and reforms that assist, sanitise and strengthen the activities of NGOs and CSOs in Nigeria.

With Nigerians still battling the Covid-19 pandemic, any cancer from within must not be entertained. This is the ambition and mandate of Fatima Ganduje-Ajimobi, and a sensible aspiration for every NGO, CSO and decent individual.