A Nigerian pastor, Tobi Adegboyega has come to the open, as deep investigation has commenced by Scotland Yard Police and United Kingdom Charity Commission regarding alleged fraudulent behavior and money laundering allegation hanging on his head presently. His British church is seen by many like a cult where former convicted hardened criminals drop their drugs and knives on the altar every Sunday. 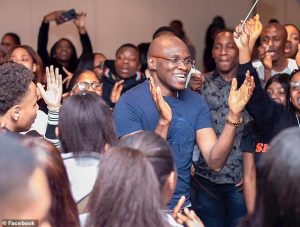 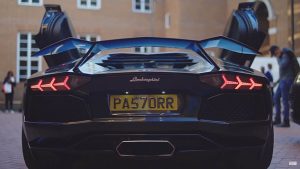 The commission, which describes the London church as a charity set up to ‘advance Christianity’ that works particularly with young people, has ordered it to bank all their money while the investigation takes place.

The news comes after HuffPost UK reported allegations that some members of the church had been taking teenagers to donate blood for medical trials in a practice known as ‘bleeding for seed’. For instance, last moth, it was reported that SPAC Nation’s leaders had been accused of threatening parishioners who fail to raise enough money and one pastor had even urged her followers to ‘beg, borrow or steal’ in order to gather money for the church.

The Mail On Sunday revealed that one senior leader, Mariam Mola, 30, whose real name is Mariam Mbula, 30, had been jailed in the UK, Belgium and Spain, and was also wanted for leading a crime gang in Italy.

The senior leader, who had previously appeared on shows including ‘This Morning’ and been praised for turning her life around after she was jailed for fraud at the age of 18, had at least 13 convictions for 34 offences; 27 for fraud and dishonesty. It was also reported that Mbula had once preyed on a woman with a Down’s syndrome daughter in order to gain £15,000 from her funds.

Labour MP Steve Reed, the Shadow Children’s Minister, previously told The Mail on Sunday: ‘The allegations I have received about Spac Nation from vulnerable young people are truly disturbing. Victims are saying it is run like a cult. I want there to be a full investigation.’

Scotland Yard said it was reviewing the complaints against the church, which is run by Nigerian pastor Tobi Adegboyega, 39, who came to Britain in 2005. The church, which denies the claims, has previously been praised by politicians for its work in tackling gang violence and protecting young people at risk of knife crime. The commission said a case had been opened on SPAC Nation in April last year, and in November this year information received from the trustees ‘raised further concerns about the charity’s financial controls, policy and procedures’.

In a statement, it added: ‘Of immediate concern to the commission is that substantial amounts of charity money are held in cash. ‘As a protective measure, the commission has issued an order under Section 84 of the Charities Act, requiring the charity to bank its money. ‘The commission is also concerned about the apparent lack of clarity between the personal, business and charity roles of leaders within the charity.’ The commission said it opened the inquiry to ‘examine matters furthers’ after allegations emerged that individuals had been encouraged to give money to the charity by ‘taking on personal debt’. A Charity Commission spokesman said: ‘The issues that have been raised related to SPAC Nation in recent weeks are highly concerning, even more so as the allegations are entirely at odds with the expectations about the way that charities will operate. ‘The opening of this inquiry is an important step that will allow us to examine these concerns further and establish the facts. ‘We will seek to provide assurance to the public and the community that these matters will be considered fully and, where necessary, resolved.’

A report with the commission’s findings is expected to be published once the investigation is concluded.

In a statement from its board of trustees, SPAC Nation said the inquiry was ‘needful to lay to rest some unverified allegations,’ adding: ‘Inquiry is what we have always asked for. If anything is found wrong we will adjust it, and if not we will keep going strong. If any pastor or leader is caught pressuring people to donate, such leader will be expelled without delay, not to talk of pressuring to donate blood for money. We encourage people to donate blood and all they can for the community but we also say not for money ever, that just won’t happen here.’

The church where drugs and knives are left at the altar…

This is a church in south London alleged to be saving people from a life of crime by using former gang members to show others a different way of life. How does it work? It is not a scene you would expect to find in a church.

Adegboyega asks members of the congregation to make their way to the front with any weapons they may have in their pockets. It is a system based on trust but such amnesties have proved successful.

“We’ve had times where people are coming to the altar and dropping their knives and drugs,” explains fellow minister Connor Callaghan.

“Last week I was praying for a 23-year-old who was recently released from prison and he was crying.”

Its preaching is tailored to a different kind of congregation – former armed robbers, drug dealers, gang members and one man who spent time in prison for attempted murder.

By its own figures, 55% of those that attend have previously been involved in a life of crime.

Connor himself has served time in prison.

“I went to jail for some robberies, possession of a bladed article. I was charged with money laundering of £30,000.

“But I feel like if I had come here before, I would have been shown the right mentorship and guidance”, Connor says he has turned his back on his former way of life, something the church hopes to replicate with others.

This Lead pastor says his success in helping to reform ex-criminals lies in his ability to connect with them and offer them a level of support the official routes cannot.

He currently has 14 ex-criminals living in his house, and has been known to pick people up from the prison gates to ensure they do not fall back into trouble.