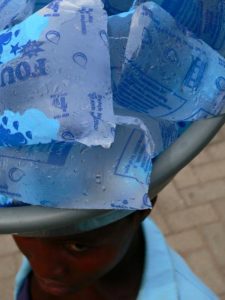 Sachet water sellers have disclosed that sometimes, it takes about four hours to sell twenty sachets of water, which amounts to N200.

This means that in four hours, they sell just one bag of water, with a profit of about N100, since one bag is sold at the rate of N100 in wholesale.

During a survey conducted by LAGOS TIMES, hawkers of the commodity, popularly called ‘pure water’ at Dugbe market in Ibadan, Oyo State capital, bemoaned the less patronage they experience everyday.

The hawkers, mainly mothers, young ladies and school-age children, have become ubiquitous, as they move from street to street.

Adewolu, a mother of two, said she makes an average of N500 profit daily on sales.

“These days, the business has not really been encouraging and we have a lot of things to use money for, especially in paying my children’s school fees,’’ she said.

“Sometimes, my son usually join me in the business after school,” she added.

Another hawker, who simply identified herself as Nneka, said “sometimes, it takes about 4 hours to sell twenty pure water, in one bag, and that is N200.”

She added, ‘from the N200, the profit I make is usually not more than N60, because I have to pay the wholesalers their money back and also cover the price for iced block which I use to cool the water.”

In the same vein, a young lady who identified herself as Aishat, said the hustle had not been easy because she plies her trade on risky express roads.

“It has not been easy. I do hawk on express road and it has been a risk to me but there’s nothing I can do since I can’t steal.

“Sometimes, this environmental people usually burst our water when they want to raid, and will still fine us.

“At the end of the day, we won’t even have anything to take home and still run at loss,” she said.