Three Nigerian students have accused Suraj Olunifesi, a lecturer of the University of Lagos (UNILAG), of sexual assault in varying claims. 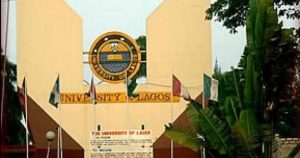 In a fresh wave of allegations, two students from UNILAG and another from the Lagos State University (LASU) accused Suraj, who is a doctor and instructor of mass communication, of groping them after a summon to his office.

According to a report by TheCable, one of the students, who pleaded anonymity in an account, said she started avoiding classes and her department after non-consensual advances were made at her by the lecturer.

“I have dirt on Dr. Suraj. I was sexually harassed by him. It happened one time he seized something of mine in class and asked me to collect it back after class. I went to his office after class and he asked me to wait for him to attend to other students first,” she wrote.

“After he was done, I entered his office and he asked me to sit. I asked him for my stuff which he seized and he said he would give me if I answered some questions. He started asking about school and random stuff before he asked if I was a virgin.

“I got nervous and started laughing it off trying not to answer. He, then, said that he was trying to be my friend. It was around 8 pm at that time cause he held us back in class till 7 pm. I stood up and told him that I had friends to meet for dinner at that time and that I couldn’t stay.

“Then, the next thing he did shocked me. He stood up and asked me to hug him. I couldn’t say anything. He came closer and insisted. When I didn’t do anything, he hugged me himself. I tried to prevent as much close contact as I could and he asked me to come closer. I wriggled out of his hold.

“And he asked me, ‘Did you feel me?’ I didn’t know what he meant for a minute and I replied, ‘No sir’. He tried to hug me again. This time, I felt his hard-on. He started rubbing it on my laps and breathing hard. I was conflicted. I didn’t know how to push him away without offending him as a lecturer.

“I gave a nervous laugh and freed myself after some moments and he asked me again if I felt him. I told him. ‘Yes Sir’ and he asked if I was okay with it. I said I wasn’t. Then he asked if I wanted more. I didn’t answer. I just said I had to go and ran out of his office. Since that day, I started avoiding his classes.

“I stopped hanging around the department after classes for fear of seeing him and asking me to come to his office. When he finally saw me again, he asked me to follow him to his office and started asking me if we had any issues ’cause I had not visited him again since the last time.

“I just replied that I had been really busy. I try not to meet his eyes anytime I see him in the department and I even have some friends he has tried it on with.”

Another student of UNILAG also gave a similar account involving the same lecturer. She, however, claimed that the majority of female students in her department could attest to her story.

“I school at the University of Lagos, mass communication to be precise. I was molested by DR SURAJ in the department. He’s got a wife with kids yet he still molests female students, touching them in sensitive parts, making them feel uncomfortable,” the second victim narrated.

“I can’t say my name or even use my real twitter account because some lecturers follow me. It was a Friday, he invited me to his office, tried to force a kiss on me, he held my hands tightly but I shrugged it off and ran. Till today, I can’t stop thinking about it. This man is popular in school.

“70% of girls in mass comm have a story to tell or knows someone with a story to tell. They’re just scared. I hope they see this and speak up because nobody would speak up for them. During the whole ‘Sex for grade’ thing, I wished and prayed they catch him but he wasn’t caught.”

The report from the online platform further reveals that a female student from LASU also affirmed the claims of her UNILAG colleagues, alleging that Suraj did similar things to her while he was still working with the varsity.

“I was one of his regular culprits. I swear, I did nothing. LASU mass communication knows him well. He left my school before he went to UNILAG so the accusation against him is true,” she said.

“What those girls said, that’s his method to get you to come to his office. He’d freaking force himself on you, start caressing someone till you forcefully let go of his grip. I must confess I have PTSD.”

The claims against Suraj are coming months after an undercover investigation exposed a UNILAG lecturer who solicited sex for grades, after which a number of academics therein were suspended.

Meanwhile, when contacted by TheCable, the accused lecturer dismissed all the allegations made against him. He also charged the alleged victims to come and make their claims before him.

“I don’t know these students. Perhaps I could have their names so that I can know who they are. Because when it comes to this issue of sexual assault, it’s a very trendy thing that so many people on social media are interested in. We know there have been issues like that,” Suraj told TheCable Lifestyle.

“And there have been campaigns against them. Anybody can be accused especially when it comes to social media where people want to attract attention and bloggers want to make sure they attract traffic. Anybody that hits the limelight becomes a target.

“If a lecturer is a type that is very strict in class or doesn’t give marks unnecessarily and you’re becoming difficult for them. They try to get him out. I’m not excusing others who have been found in situations like that. But these could be a function of blackmail.”