The Yoruba movie industry has been thrown into mourning after veteran actor, Toyese Onifade Oloyo, reportedly passed on. 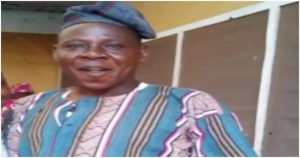 According to reports from Yoruba Movie Gist.com, the actor was down with a stroke and he lost the battle three weeks later.

Oloyo who was also known as a drummer is said to have kicked the bucket on May 5, 2019, and he was buried the next day in Ibadan, Oyo state according to Islamic rites.

Yoruba Movie Gist.com further reported that the late actor was the first to play the Nigerian national anthem and pledge with a Dundun talking drum.