Secretary to Osun State Government during the administration of Rauf Aregbesola as governor, Mr. Moshood Adeoti, on Friday announced his return to the All Progressives Congress. 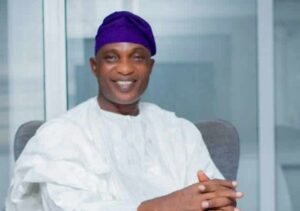 Adeoti, who spoke at his campaign office on Osogbo amidst cheers from his supporters, said prominent leaders of APC including the Vice President, Prof. Yemi Osinbajo, ex-Lagos Governor, Bola Tinubu, Osun State Governor, Adegboyega Oyetola, and Minister of Interior, Aregbesola, asked him to return to his former party.

Thelagostimes recalls that the former SSG resigned his membership of APC and left the Aregbesola’s administration a few weeks to the governorship primary of the party and joined Action Democratic Party in 2018.

He eventually contested the 2018 governorship poll on the platform of ADP and placed fourth, garnering 49,742 votes.

Adeoti stated that he had directed his supporters to return to their wards and rejoin the party.

“The result of the efforts of the likes of the former governor and pioneer National Chairman of the APC, Chief Adebisi Akande; immediate-past governor of the state and incumbent Minister for Interior, Ogbeni Rauf Aregbesola; and members of the State Elders Forum led by the former Secretary to the State Government, Chief Sola Akinwumi is what we are all witnessing today.

“It must not also go without particular mention to the numerous efforts made by the current Governor of the State, Gboyega Oyetola, who in spite of his very busy schedule, tirelessly mounted pressure on me and my supporters through telephone calls and personal visit to my residence in lwo, in the company of the APC State Chairman, Prince Gboyega Famoodun, and Alhaji Razak Salinsile, the state Secretary of the APC, on the need for us to return to the All Progressives Congress, where he said we rightly belong.

“Efforts by former and serving state governors across the federation are also worthy of being mentioned,” Adeoti concluded.