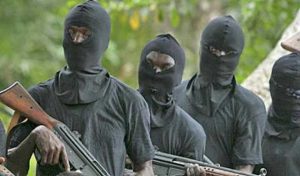 At least 50 persons, including infants, were reportedly killed on Sunday when gunmen invaded three Local Government Areas of Kaduna State.

The villages and the LGAs  are all situated in the northern axis of the state.

The state Police Public Relations Officer, ASP Mohammed Jalige, confirmed the incident on the Hausa Service of the Voice of America monitored on Monday.

According to PUNCH,  operatives led by the state Commissioner of Police, Umaru Muri, were on their way to the affected communities.