A top staff of one of Nigeria’s huge financial institutions, identified as Mr. Idoko Negedu has reportedly died of COVID-19 complications. 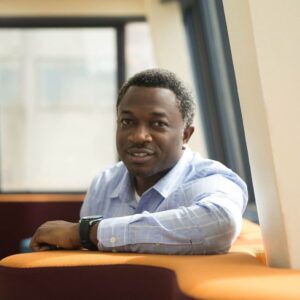 Until his death, he was a senior staff of the Systems and Control Division and the Deputy Head of Corporate Communications in Guarantee Trust Bank, Lagos.

Although the cause of his death is still sketchy, Mr. Idoko Negedu who was said to have been ill for sometime had some trouble with his breathing in the middle of the night but later slumped and died before help could arrive.

Also many of his followers on social media, especially Instagram have taken to the platform to pay tributes and mourn his sad passing.

Thelagostimes recalls that about five weeks ago, the management of Union Bank Plc announced that it lost one of its staff to the Covid-19 pandemic at a Lagos branch.

Similarly, Access bank also confirmed the death of one its Onne branch, Rivers State staff of Coronavirus. The confirmation was in a statement issued by the bank.