The Federal Capital Territory Administration has vowed to prosecute popular musician, Azeez Fashola, popularly known as Naira Marley, and those who attended his concert for violating the COVID-19 restrictions. 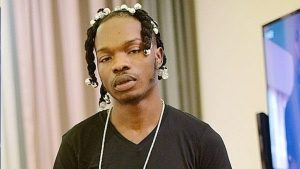 Thelagostimes had earlier reported that the artiste performed at a musical show at Jabi mall in Abuja on Saturday which drew a large number of fun-seekers.

In view of this, the Administration sealed the shopping mall for two weeks for violating the presidential ban on public gatherings and also arraigned three defendants; Lukas Omotosho, Franklin Ogene and Maya Ekah, before a mobile court presided over by Magistrate Idayat Akanni.

However, the FCT Minister, Malam Muhammad Bello, in a statement, charged residents to“desist from violating the extant guidelines put in place to curtail the spread of COVID-19 pandemic in the territory”.

The minister who disclosed this in a statement by his Chief Press Secretary, Anthony Ogunleye added that, “the FCT Administration views the actions of the organisers and attendees at this concert as reckless, wicked, insensitive and utter disrespect and disregard both for the law and the wellbeing and welfare of fellow citizens.

“He also added that the FCT Administration which has a responsibility to protect the lives of the citizenry is determined to prosecute all those involved in orchestrating these infractions to the full extent of the law”, he said.