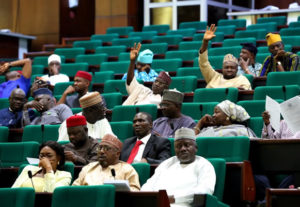 The bill at the house of Representatives seeking to create the South West Development Commission passed through second reading on Wednesday .

Nigeria already has development commissions for the Niger Delta and the North-East, but an attempt to replicate such developmental imperatives across all region is in the offing as bills to establish such commissions for other regions are being deliberated on at the senate

Also at various legislative stage at the lower chamber are bills seeking the establishment of similar commissions for the South-south and South-east.

The south-west commission, if or when created, will be saddled with the task, among others, of receiving and managing funds from the federal government.

It would also address infrastructural and ecological challenges in the region.

A host of the lawmakers who contributed to the debate on the bill argued that Lagos, the home state of the speaker, Femi Gbajabiamila, being an economic hub of the country, deserves a sustainability fund.

Hence, they said the establishment of this commission would guarantee funds for the development of the state and the South-west region as a whole.