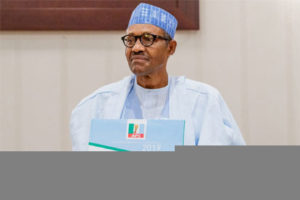 The loan request was rejected by the previous assembly under the leadership of Bukola Saraki. Preponderance of the citizen also kicked against the loan saying it will further plunged the country into the abyss of debt as the country is currently grappling with servicing both internal and external debt.

But at a stormy plenary session on Thursday, the upper legislative chamber approved the 2016-2018 external borrowing plan despite opposition from some senators.

The president said the loan would be used for critical projects across the country.

According to a document accompanying the president’s request, the fresh loan is for about 35 projects, many of which are infrastructural.

The document also shows a part of the money will be used for new projects while others will be used to fund already existing projects.

WHERE WILL THE LOAN COME FROM?

Here are the financial institutions the loan is being requested:

Here is how the Buhari administration plans to spend the loan and where the projects are located as contained in the document: