News going round the internet suggests that all may not be going well for Nigerian big boy, Ray Hushpuppi. 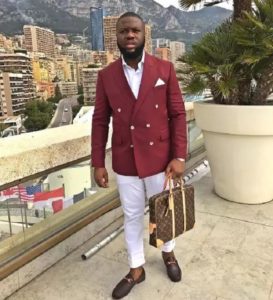 The Dubai-based flamboyant internet celebrity has been reportedly arrested in Dubai by International Police (Interpol) and Federal Bureau of Investigation (FBI) over alleged fraud.

According to unconfirmed reports, the Social Media celebrity was allegedly arrested alongside his colleague, Mr Woodbery on the grounds of being fraud suspects.

They were allegedly involved in fraud and money laundering of over $100million which was supposed to be given to Native Americans during the Coronavirus Pandemic.

According to reports, the arrest was in connection with a scam over ventilators.