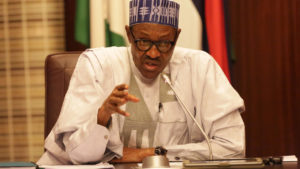 South Africa has lost its place as the largest economy in Africa to Nigeria after the country slipped into recession for the second time in two years, a report by Bloomberg has shown.

The discourse about the continent’s largest economy was previously anchored on whether the N306/$ official exchange rate or the N360/$ market rate was used but the discrepancy in the two exchange rate became inconsequential after South African economy contracted for two consecutive quarters.

The contraction of the economy was partly due to power cuts which negatively affected output and business confidence.

Bloomberg data pegs South Africa’s gross domestic product (GDP) at $352 billion with the country recording 0.2% expansion for the full year, making it the least since the global financial crisis.

Joe de Beer, deputy director-general for economic statistics at Stats SA, told journalists on Tuesday that the 2019 third-quarter GDP figure was revised to a contraction of 0.8%.

In the fourth quarter of 2019, South Africa’s economy contracted by 1.4% and the overall GDP growth for the year was 0.2% while Nigeria’s economy recorded its biggest growth since the 2016 recession.

Nigeria’s economy surpassed projections by the International Monetary Fund, growing by 2.27% against the projected 2.1%.