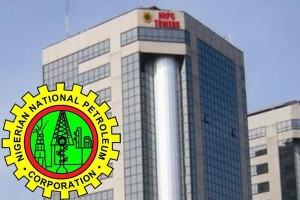 The group managing director of the Nigerian National Petroleum Corporation (NNPC), Mele Kyari, on Wednesday said the global drastic crash in oil prices portends an ominous reality for the future of Nigeria business arrangements in the oil and gas sector.

LagosTimes Recalled that Oil price which was $45 on Sunday crashed to $33 on Monday sending a shock wave across the globe and leading to price war among the top to members of OPEC, Russia and Saudi Arabia.

Speaking on Wednesday at a consultative roundtable meeting organised by the Central Bank of Nigeria (CBN), Kyari said Nigeria would be out of business if the price of crude oil drops as low as $22.

The roundtable was themed “Going for Growth 2.0”.

The NNPC helsman explained that about 12 cargoes of liquefied petroleum gas (LPG) cargos got stranded globally because they had no hub due to abrupt collapse in demand associated specifically with coronavirus.

“It has also hit other sectors from the production stage which is the liquid crude,” NAN quoted him to have said.

“As at today with the Nigerian crude, we have 50 cargoes that have not found landing; it means the traders have purchased it but they don’t know how to take it.”

“Iraq dropped its price by five dollars and Saudi Arabia by eight dollars in some locations. So, when your crude oil sells at $30 and you’re dropping it by eight dollars, it means that in the market, you’re selling it at $22.

“This is a huge problem that can be accommodated in some production environment like in Saudi Arabia.

“Today, the best of our production system is $15 to $17 a barrel, there are many countries whose cost of production is $30 and we’re one of them. So, when the price now goes to $22 and we’re producing at 30 dollars, that means we’re out of business.”

Kyari said reality began to dawn on the country after the oil market slump on Monday.

He said that when the oil market collapsed, everything would collapse completely adding that oil was the only commodity whereby when the price goes up, beneficiaries would panic.

In her remarks, Zainab Ahmed, the minister for finance, budget and national planning, said the market slump is a wake-up call for the country to “look towards a life without oil”.