It has been revealed that the General Overseer of Champions Royal Assembly Abuja, Pastor Joshua Iginla has an in-built swimming pool in his church where members pay fifty thousand Naira for a holy bath. 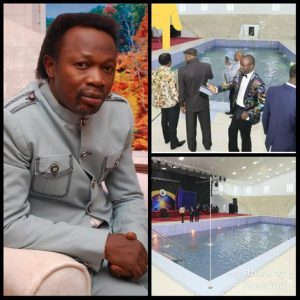 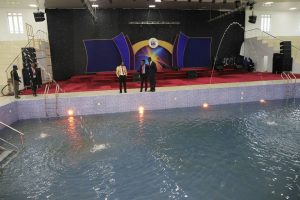 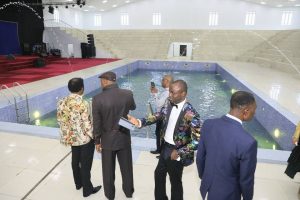 The Pool of Bethsaida is said to have healing powers to cure any sickness under the sun that includes Ebola and HIV/AIDS once you enter to swim.

However, a twitter user disclosed that members who can’t afford to pay 50,000 to take a dive into the pool are urged to pay 10,000 for a bottle of water from the pool. 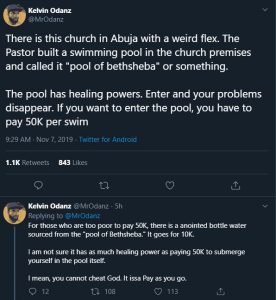 Thelagostimes had reported that the clergy who runs the 80,000 seater auditorium widely known as City of Wonders in Abuja recently acquired a multi-billion Naira private jet to “ease the missionary work as a prophet with global impact”.

Over the months, controversies have continued to trail the Abuja-based pastor. Earlier this year, Iginla confessed to his congregation that he cheated on his wife, Yemisi. The pastor had admitted to cheating on his wife which resulted in a child, just as she had a child for another man while they remained married to each other.

The preacher’s shocking confession was streamed live on the church’s official YouTube page, Champions TV, on a Sunday.

Thelagostime gathered, through the church’s website that a lot of people both within and outside the country troop to the church to get a ‘miracle bath’.