The words of the late American politician and lawyer, Robert F. Kennedy that “Few will have the greatness to bend history itself; but each of us can work to change a small portion of events, and in the total of all those acts will be written the history of this generation” has over the time been a major guiding principle for the young, energetic and progressive thinking Olalekan Biliamin Sulaimon-Oba since he took the gauntlet to be a vociferous voice in matters that concerns the development of youth in Lagos State. 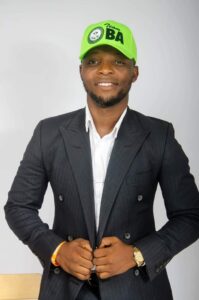 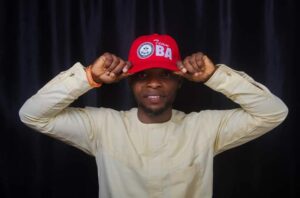 The hardworking, idealistic and valiant young man who boasts of numerous awards of honour and record of outlandish achievements in service to humanity such as NYSC State Honour for the Most Creative Student 2014, Igbogbo Legendary Awards 2013, Strategy Manager to AfrikaInspireher, Volunteer at iCare Foundation Foodbank, Publicity Director to District 404A1 Nigeria, Special Adviser on media to the Lagos State Commissioner for Transportatio and many more, is determined to hit the ground running as soon as he emerged the Chairman of the Lagos State chapter of NYCN with lofty projects such as:

 Aligning Interests: extending the hands of love across board within the state’s chapter of the council and work with all interests to design a modus-operandi towards effective implementation of the Lagos State Youth Policy.

 Managing Conflicts: Initiate a conflict resolution and management series for the youth of Lagos state. This shall come in form of trainings workshops which shall be taken to all parts of the Lagos State for the youth to learn, relearn and unlearn.

 Partnerships: NGOs, with youth-oriented projects and Voluntary Youth Organizations (VYOs) affiliated to the NYCN, Lagos State will be partnered to host monthly programmes as collective contributions geared towards assisting the youth of Lagos in realizing their potentials.

 Support Fund: Soliciting for subvention and international grant for VYOs will be given utmost attention. This would be achieved via lobbying the government to increase its monthly subvention for VYOs whilst mechanisms would be put in place to ensire we will monitor and ensure transparency, accountability and prudence.

From all indications, it is evident that Oba is fully prepared with his team to take the Lagos State chapter of the NYCN to an higher level in terms of leadership, delivery and cohesion of ideas.

Lekan Biliamin Sulaimon-Oba was born on October 27, 1987 in Ikorodu town to the Sulaimon-Alejo family. He had his elementary school at Umar Bun Alkattab, Kaduna State before proceeding to Oriwu Model College, where he obtained his West African Examination Council certificate with distinctions. 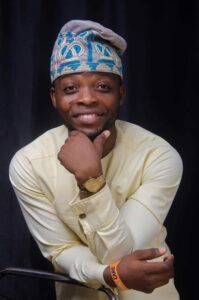 After graduating from the Mass Communication Department, Moshood Abiola Polytechnic, Abeokuta, Ogun State, he started his own media outfit, where he consults for individuals and organizations on media and public relations matters.
An aspirant for the post of Chairman, Lagos State chapter of National Youth Council of Nigeria, Oba (as popularly called) has in his kitty numerous awards of honour and records of accomplishments in community service and volunteering. Notable amongst his awards and records of service are

Olalekan Biliamin Sulaimon-Oba is also reputed to have spearheaded numrouse lives impacting projects such as: