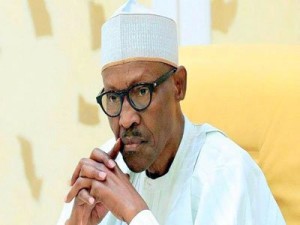 President Muhammadu Buhari has said over N3.7billion from contractors and former directors of the Niger Delta Development Commission (NDDC).

The president made this known at the inauguration of NDDC advisory committee, comprising the nine governors of the Niger Delta region and the ministers of Niger Delta affairs and environment.

In a statement issued by Femi Adesina, presidential spokesman, on Tuesday, the president implored the committee to discharge the new assignment diligently and effectively, working closely with the relevant ministries, adding that he looked forward to seeing positive changes in the affairs of the commission as well as on the ground in the Niger Delta region.

He said ‘‘To date, the EFCC and other agencies of Government have recovered over N3.7billion in cash as well as various assets worth billions of Naira from some contractors and former Directors of the Commission”

‘‘Furthermore, I am told that Government agencies have placed liens on over N6 billion of assets which are being investigated.’’

Buhari told the committee that these abuses of the past clearly show the need for strict and diligent oversight, going forward.

The president recalled that in 2016, his administration launched the “New Vision for the Niger Delta (NEVIND)”, aimed at bringing sustainable peace, security, infrastructure and human capital development to the region.

He said the medium to achieve this noble objective was through the ministry of Niger Delta affairs, NDDC and the Presidential Amnesty Programme (PAP).

The president, however, expressed regret that in the past these institutions were unable to deliver their mandates owing to mismanagement.

‘‘As a result, the people of the Niger Delta were left with abandoned infrastructural projects and substandard social programmes which were designed to improve their living conditions,” he said.

‘‘It is to reverse this trend that I approved, in February 2020, the constitution of a 10-Man Presidential Monitoring Committee (PMC) as provided for in Section 21 of the NDDC Establishment Act.’’

He said the PMC, which will be chaired by the minister of Niger Delta affairs and its members drawn from various MDAs, will focus on monitoring the operations and activities of the commission, and will be reporting to him.

Ojougboh, who did not name the senator, said 120 of the contracts have been fully paid for, saying that the contracts are being investigated.

Buhari had ordered a forensic audit of the operations of the commission from 2001 to 2019.

The president said the directive became imperative in view of the persistent criticisms of the operations of the commission.