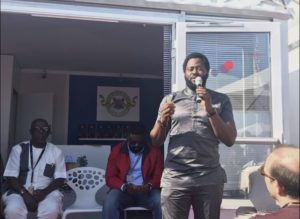 The federal government has for years on end shown its commitment towards building and re-positioning the creative sector as part of its effort to integrate the industry into its economic growth plan.

It is In line with such goal that the federal government, through the Bank of Industry (BoI), approved a facility of about N7 billion for Nigeria’s creative industry.

The minister of finance, Zainab Ahmed, disclosed this at the Greeners Business-to-Business Annual National Economic Dialogue 2020, which held in Abuja on Saturday.

Represented by her Special Adviser on Information and Communication Technology (ICT), Armstrong Takang, the minister said the fund was approved to the creative group of 35 firms in content production, content distribution, production equipment, digital transmission equipment among others.

“The strategy is to put the creative industry on the global radar as exporters of world-class services and content,” she said.

She said that the beneficiaries were trained and certified in animation, graphic design, post-production and script writing.

“All beneficiaries received computing devices that enabled them to master their skills during and after the training,” she added.

Describing the Nigerian creative industry as the fastest-growing sector of the nation’s economy, the minister said the major areas which Nigeria had comparative advantage in the creative economy were music, film, information technology industries and fashion.

She said in 2016, the film industry sector contributed N239 billion to the country’s Gross Domestic Product (GDP), while Nigeria’s music industry grew by nine per cent in 2016 to reach a value of $39 million.

Expressing optimism, she said that the music industry was set to grow by 13.4 per cent by 2021, with an estimated worth of about $73 million, adding that the gaming industry in Nigeria was also growing.

“The gaming industry is benefitting from a widening customer base, mostly the large and youthful population. UNICON values Nigeria’s video game industry at $150 million.