·         How Gov Amosun is using her to challenge APC leader, Bola Tinubu
By Bewaji Komolafe
Unlike fictional Brutus, Wale Edun, Chairman, Board of Directors of The Nation newspaper, need not wait for the cock to crow before he experiences the lacerating slash of treachery, his friend and confidant, Kemi Adeosun, brazenly flaunts and flashes her blood-stained dagger before his very eyes, in the full glare of the world. Aided and abetted by Ogun State governor, Ibikunle Amosun, Adeosun, who was the state’s Commissioner of Finance, shamelessly launches a premeditated plot to grab the ministerial slot for Nigeria’s Minister of Finance, to the detriment of her close friend and confidant, Wale Edun. 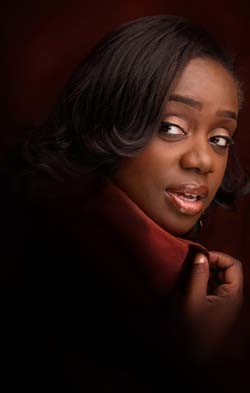 It is an open secret that the Edun had always been the preferred candidate for the position by All Progressives Congress (APC), leader, Bola Tinubu and the party’s leadership but despite the likelihood of ruffling the feathers of the party’s leadership, Adeosun, aided by Governor Amosun decided to call the bluff of the party’s leadership and vie for the position. It is no secret that Governor Amosun despises Bola Tinubu; driven by his hatred for the APC leader, he (Amosun) joined Senator Bukola Saraki renegade group and his recent nomination of Adeosun, with whom he is allegedly involved in a wild romance, further confirms his loathing of Bola Tinubu and desperation to thwart the APC leader at every given opportunity.
Adeosun on the other hand, is considered a treacherous vixen by several members of the APC in Ogun State and other southwest chapters of the party. Sources within the party revealed that, but for Wale Edun, Adeosun would be nobody today. Adeosun who once worked with ChapelHill, was involved in a scandalous fraud which led to her sack by the company. However, she found solace in her close friend, Wale Edun, the then commissioner of finance during Tinubu’s governance in Lagos State.
Wale allegedly took her to Governor Amosun to work for him. Adeosun hit it off on the right note with the Ogun State governor and they ended up in each other’s arms. Due to her relationship with the governor, Adeosun mutated into a grotesque being – what former petroleum minister, Diezani Alison-Madueke, became to former President Goodluck Jonathan – to the consternation of other members of Governor Amosun’s cabinet.
Rather than return the favour done her by Wale Edun, who rescued her from poverty and disgrace, Adeosun, goaded by Governor Amosun, decided to bite the finger that fed her. Governor Amosun nominated her for the position of finance minister even though he was aware that Tinubu had nominated Wale Edun for the same position to President Muhammadu Buhari. Adeosun on the other hand, has been
singing it to anyone who cares to listen that her pending appointment as the country’s finance minister is a closed deal since President Buhari and Amosun are very tight. She continually brags that President Buhari has no choice but to do Governor Amosun’s bidding because he relies so much on Amosun for advice. This development however, saddens Wale Edun who is shocked that his friend and confidant could betray him and vie for a position that he was initially nominated for without considering the previous help he had rendered to her in the past.

0 0 0 0
Previous : Nwankwo Kanu’s Hotel will not be reopened until – Lagos govt
Next : As the noose closes around its neck, Saipem seeks Dangote’s help